Anki says that I have reached the daily limit, but there are still due cards and I have set the limit to 9999 reviews. 2.1.45 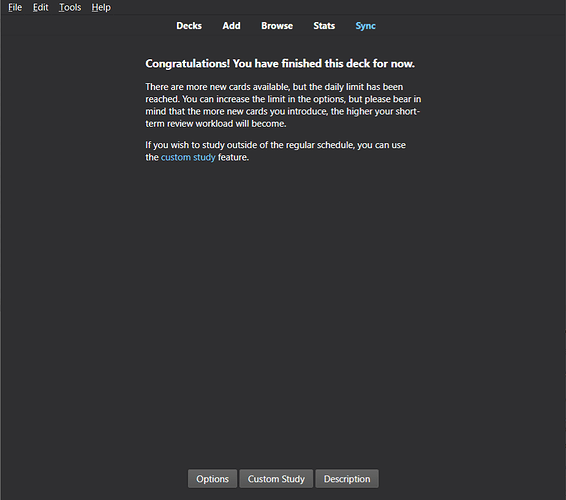 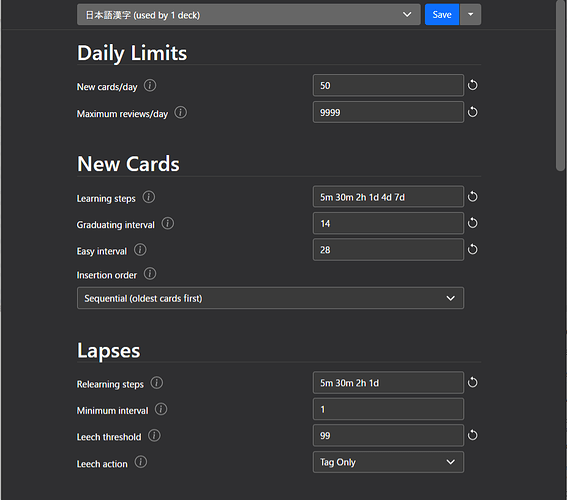 The red indicates they are learning cards due later in the day.

Edit: actually, I think you may have found a bug - I will look into it further, but for now selecting a different deck and selecting the first one again should work around it.

Thank you. If it helps, this only appeared after I finished all my previous due, and am just studying the new cards. Since there are learning cards, one would normally expect the message which says the following, right?

Anyways, thank you for the quick response.

I am experiencing the same bug too.

I always thought it was a feature

Deferring the last card so it doesn’t appear twice in a row is intended, but hiding the learning message in that case wasn’t, and this was happening in other cases too. Fixes coming in the next build.