If we have more than one account we get each time when starting Anki.app a dialog to select the user. It would be a minor feature but could we star one of them so by default it launches the specific account each time and you have to switch users later to open another account. Or option-launch to bring up the user selection dialog.

As seen on the screen below, I used z-markings to force the second one below so I don’t need to select the preferred on each time. Preferred account/theme/user is very common in other apps with multiple logins. Anyway, not a biggie, just less traction when launching the app. 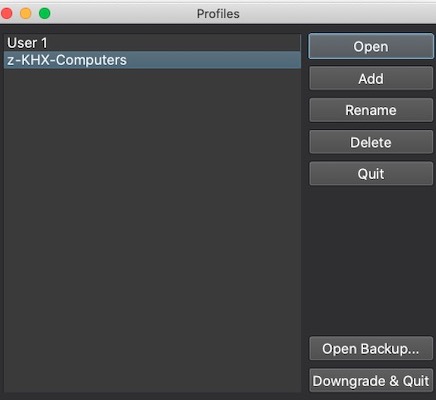 There’s a -p argument you can pass on the command line to load a specific profile, which you could presumably wrap in an automator script.

That’s indeed doable. Might as well start Anki app from the iterm2 that is always open. But for other users…