Batch creation of audio for a deck

I am using a popular Japanese deck ( Japanese Core 2000 2k - Sorted w/ Audio ), and want to add English AUDIO translation of the sentences (I’m mostly interested in understanding/speaking, as opposed to literacy, and want to be able to primarily listen to my deck, as opposed to read it)

I added the blank fields to the card template, and will use a TTS to convert the English text to speech, but I have a few questions:

I unzipped the apkg and opened the db in a SQLite browser, but DB stuff is nothing I’ve ever worked with. Can someone give me a little direction on how best to go about this? Thanks!

And I just learned of the native TTS feature for Anki, which would obviate the need for recordings.

Sadly, it doesn’t work for Android (only desktop and iOS), though at least there is an acknowledgment of the issue, though apparently little progress has been made, based on the github issue /ankidroid/Anki-Android/issues/5793 (mangled link due to restrictions)

Ankidroid had its own built In TTS (under preferences > advanced)

Thanks for responding. I looked at that option which says:

However, that pack includes already audio files of a native japanese speaker speaking a word and a sample sentence. I additionally want an English reading of the translated word and sentence (which are on the back only), so I’m not sure enabling this TTS option will work.

I did find some other suggestions including: 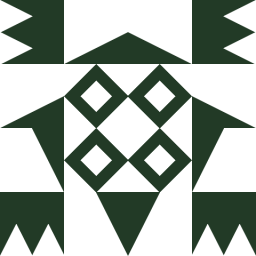 -not sure if this works on a pre-existing deck (will exporting and then re-importing lose formatting?) 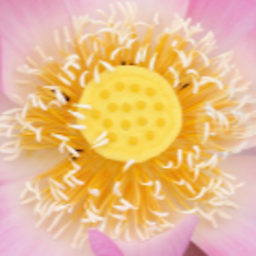 maybe i can try the native Ankidroid TTS first, but any other guidance would be appreciated.

Thanks for responding. I looked at that option which says:

However, that pack includes already audio files of a native japanese speaker speaking a word and a sample sentence. I additionally want an English reading of the translated word and sentence (which are on the back only), so I’m not sure enabling this TTS option will work.

The built in TTS feature in ankidroid allows the user to choose the voices (or to not use TTS) independently for front and back fields so it should work ok in your case.

I personally use built in TTS both on desktop and Android, and it works pretty well.

I did try using the native Ankidroid TTS setting on this, and the results aren’t as hoped. First, the TTS (language chosen as English-US) doesn’t speak automatically (Japanese Core 2000 2k - Sorted w/ Audio - AnkiWeb), even after enabling TTS in the general options.

I can go to the 3-dot menu after starting a deck and manually choose “Set TTS Language” (again) to English-US, and then I do get a one-time reading of that particular card’s English and Japanese text, but only as read by the Japanese TTS (so the English sounds ready by someone with a heavy Japanese accent). But even that reading only occurs once on that card face, and either flipping the card, or going to the next card, no further readings are given.

Maybe it’s to do with the complexities of readings in multiple languages, or the fact that there are already audio files embedded within the deck, but native Android TTS won’t work (for my use case at least). If the Android TTS compatibility feature (Feature request: Compatibility with Anki 2.1.20 TTS field feature · Issue #5793 · ankidroid/Anki-Android · GitHub) is developed, it might work, but there doesn’t seem to have been any movement on that issue.

So it seems I’ll have to resort to those other means, unless someone can think of some way to make it work.