I did that too. The text shown is the same that someone posted above.

Hi @kelciour , thanks for all the details!
I followed the steps one by one.

At the end, when I run the command
\pyenv\scripts\anki

Same thing happens, I see the process Anki.exe starting in the task manager and then gone after a few secs.
If I look in the event viewer this time I can see python.exe failing:

I can normally use the rest of python apps and I can also run python.exe itself.

Running ChkDsk on Windows 10 20H2 may damage the file system and cause Blue...

Microsoft's newest version of Windows 10, Windows 10 20H2, appears to have a bug that may damage the file system of the Windows partition and cause blue screens during reboots.

hi @kelciour,
thanks again for the detail and the effort you are taking.

Following again the steps one on one. the sfc didn’t find any issue twice.

The wevtutil displayed the same that I showed before. And the faulthandler displayed this:

Thank you. It looks like the error is originated from the Qt toolkit that Anki uses for any GUI-related stuff.

Unfortunately, it’s still not clear where in Qt and why it happens and I don’t know how to get a better stack trace.

Maybe try to reproduce the same behaviour with a simple python script from this gist - test.py

Save it as test.py, copy to Desktop and run using the following command.

If everything goes smoothly, a new window should appear, but I doubt it’ll happen and instead you’ll get the same error message: “Windows fatal exception: access violation”.

I’ve found something similar related to Qt but it doesn’t seem to be related to our case.

After a bit more googling, maybe a few more suggestions.

Checking for memory problems on Windows 10

In this guide, we show you how to tell if you have a faulty memory module in your computer using the Windows Memory Diagnostic tool available in Windows 10.

Start procmon.exe and set it to filter out all events except for your dvr.exe (that way you will not get swamped by thousands of events from other programs like explorer.exe etc.)
Then start dvr.exe and when it crashes, look in procmon.exe’s window to see what the last events were before dying…

Hi all, I'm experiencing a strange problem. A qt application I've made runs correctly on a windows system for some time, then it suddenly stops running (client says he didn't do anything and that it just stopped working). Once this happens, the... 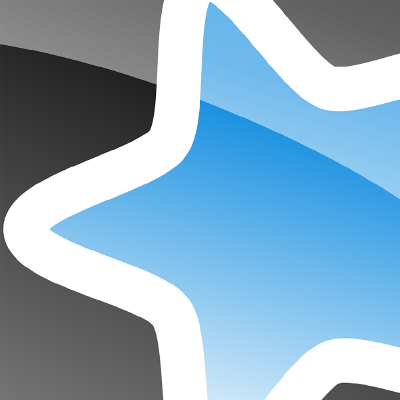 I’m out of ideas.

Hi @kelciour,
I tried the test.py and it WORKED perfectly.
I tried Anki 2.1.15, same thing happened (anki.exe self-closes).
I tried Anki 2.0.52, and it “works”: Let me explain,
I see the Profiles window

But when I pick my profile y see for half a second Anki, and then it self-closes and goes back to the above screen.

Now I have 2 doubts:

Did you try ‘angle’, ‘software’ and ‘auto’ for the video drivers? Maybe one will work where the others don’t.

If test.py works, that makes me think the problem may be related to QtWebEngine. If you make another test that uses WebEngine, does that work or crash?

2.0.52 likely can’t open your profile because it’s been opened with a more recent Anki version.

If test.html and simple.py from ZetCode is working for you, maybe try to open qutebrowser since it’s based on Python and PyQt5 too.

Regarding Anki 2.0, maybe try with -b option.

Maybe give Process Monitor a try with the latest Anki version and 2.1.15. Maybe it’ll give some additional information.

It might not be related, but maybe double-check that C:\ has some free space, maybe 1GB, and maybe try with or without pagefile.sys.

How to delete, move and resize pagefile.sys

Windows 10 doesn't include an option to uninstall the Windows Defender Antivirus, but you can still disable the security feature permanently, and in this guide, we show you the steps on how to perform this task in three different ways.

Looking to uninstall your graphics driver in your Windows 10/8/7? You're in the right place.Check out this post and you'll get this done real quick! ;)

Did you try ‘angle’, ‘software’ and ‘auto’ for the video drivers? Maybe one will work where the others don’t.

Hi @dae , sorry what do you mean by this? I am not sure what are you referring to.

As for the QtWebEngine test, I get this error, but seems not related, probably it is just me doing something wrong

It is failing in QApplication , I have the import, but I am not sure if I have to install something beforehand?

Seems that we are getting closer to the root cause: Qutebrowser does not work and it has the exact same error.

Anki 2.0 worked using the -b command, which proves that the issue happens from the versions 2.1.

Used the Process Monitor, but I am not sure if there is any useful information here:

I disabled Microsoft Defender, but it didn’t help, same error.

About the drive space, I have more than enough.

If ‘angle’, ‘software’ and ‘auto’ makes no difference, could you run simple.py again but with Process Monitor?

If this is the case, I’d suggest to uninstall Intel HD Graphics Driver using “Add or remove programs”, restart PC and try to run the same simple.py script again (on anki.exe) with Process Monitor. If it still won’t run, maybe dll name (that was not found) will be different this time.

And maybe re-install DirectX 11 and open dxdiag just to check that no problems were found.

Where and how to download and update DirectX. Updating DirectX 12, 11, 10, or 9 is easy and could improve game performance in Windows.

About qutebrowser, maybe try each line one by one by opening cmd.exe in the folder with qutebrowser.exe.

did the trick!! I tried auto and software and they don’t work , but angle does!!

You told me to try that in your first message and so I did, but then it didn’t work… I guess we have done something along the way that affected… (maybe the windows updates? or the python installation? … ) Who knows, but I am happy now!

Thank you so so much for the time and effort you invested in it!!! I can continue using Anki

I reverted everything I did one by one because I was curious to know what did the trick… And finally I realized that it was nothing else but this command…
The first time you posted this, I opened the link bellow and then I copy-pasted the command on the link without realizing that in your post it was “angle” and in the website it was “auto” … I thought you were just quoting what was on the page… So basically I did the test with auto and didn’t work… and then discarded it… And it wasn’t till the end that I tried angle… shut me… it could have been solved since the beginning…

Well, for anyone else with the problem, here is the fix:

I tried all the steps explained by the colleagues, but I had not succeeded until now.

The only thing that worked was:

It worked to me
Thank you

Updating anki broke my hoochie family add-ons, so I decided to downgrade to anki 2.1.26

The problem was when I installed the 2.1.26 version, the update dialog box shows up at the same time as the syncing dialog box, and the program freezes. I fixed it by disabling the internet connection and launching Anki, then it let me in. I then installed this add-on to disable the update box

My problem is the same,
it has driven me crazy last night, and in the morning I find out the defect.
I don’t know how it works. Anyone can explain!!! Maybe because of the region.

just changing in “Decimal symbol” commas instead of periods or vice versa.
Hoping it can help.