when i press shift cmd c to create a cloze deletion as i used to do in previous version it automatically creates two cloze like this,
is there a solution for that

Perhaps you double-tapping the c? If I press cmd+shift and then press and release c, it doesn’t add a cloze until I release the key.

i only tap it once and it always creates two clozes, i’m on anki for mac

However, I can simulate it by creating a cloze using ⇧⌘C then highlighting the cloze that I just made and re-clozing it with ⇧⌘C, if I haven’t release the ⇧⌘ combination before re-tapping the C. It’s not hard to make that mistake if my thumb is resting too heavily on the trackpad.

What language is your keyboard input set to? 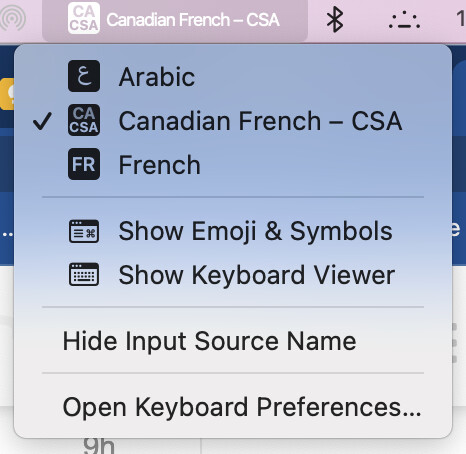 I tried with that keyboard layout, and still only get one cloze. It’s a mystery.

The problem is with the keyboard shortcut. As you can see in the above image showing tooltip, the shortcut’s function is to add a new card also - (new card) Cmd+Shift+C

When enclosing a text for Cloze using the keyboard shortcut, another card is added next to the cloze also, as shown here. This happens without double-tapping the c. I thought this is a new feature initially though apparently it is not.

The tooltip of the older version does not include new card

I found the solution, I was having the same problem, using the same version of anki as you. I went through disabling my add-ons looking for a culprit & I found it.
Try disabling this add-on:
24411424

This problem is solved in the latest beta version though. I’m glad it is solved.
Anki 2.1.55 Beta

ashyaura
I have discovered something that I would like to leave it here. It may become useful if someone comes across this in future

You are right - the culprit is the add-on “Customize Keyboard Shortcuts”. But there is a solution in the same add-on.
Alternate keyboard shortcut “Ctrl+0” (Ctrl+Zero) is given by default to create Cloze cards.
This shortcut does not create duplicate clozes in Anki Version ⁨2.1.54 (b6a7760c)⁩ PyQt 5.14.1.

So one need not disable the add-on. Also 2-key combination of the shortcut makes it easier (personal opinion) to work with.